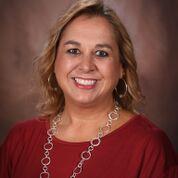 Mrs. Laurel Burns is the former Laurel Williams, and is a 1990 graduate of Boaz High School.  After graduation, she attended Jacksonville State University where she was a Marching Ballerina for the Marching Southerners.  While in college, Mrs. Burns met her husband, Nathan, who works for MUB of Albertville and is the Music Minister at Mount Vernon Baptist Church.  After marrying in 1993, Mrs. Burns graduated with a Bachelor of Science in Elementary Education in the Spring of 1994.  They had their first child, Wesley, 12 weeks early in November of 1996.  Their second child, Sarah-Anne, was born in August 1998, and their third child, Sadie, was born in February 2001.

After starting as a computer teacher in 1997, Laurel Burns became a third grade teacher.  She taught third, first, and kindergarten at Grassy School in Marshall County before transferring to Corley Elementary as a third grade teacher.  After 10 years at Corley, Mrs. Burns was given the opportunity to have her dream job as a fourth grade Math teacher.    When she isn't working at school, Mrs. Burns works at Peoples Bank of Alabama as a bank teller and teaches swimming lessons in the summer.  In her spare time, she enjoys time with her family, singing, crocheting, or working with the youth at their church.