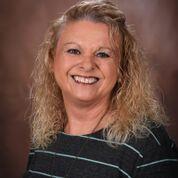 Mrs. Burke is a graduate of Boaz High School and has a Certificate of Administration from Snead State Community College. She has been with the school system for 26 years starting at Corley Elementary then moved to BIS when the school opened. She has been in the Computer Lab most of that time.  Sharon enjoys working with students on computer skills.

Sharon enjoys working in the church as a pastor's wife and also as choir director. Her hobbies include reading and watching Auburn football.